See what clicks on FoxBusiness.com

The Alabama airline worker who died after being sucked into an airplane engine at Montgomery Regional Airport on New Year’s Eve is remembered as a “loving mother” of three.

Courtney Edwards, 34, has been identified as the Piedmont Airlines ramp agent, who was killed shortly after an Envoy Air Embraer 170 plane landed with 63 passengers on board, according to the National Transportation Safety Board.

“Courtney was a ground handling agent for Piedmont Airlines, a subsidiary of American Airlines, a loving mother of 3 and a wonderful daughter to her beloved mother, Natalie English of Montgomery, Alabama,” a GoFundMe page set up by a fellow union member says. “Please know that this tragedy will affect her mother, family, friends and children for years to come.”

As of Wednesday, the GoFundMe campaign has raised more than $100,000 for Edwards’ “3 beautiful children” to help cover funeral expenses, day-to-day expenses, and any other expenses necessary to care for the children.

A Piedmont Airlines ground crew worker, Courtney Edwards, was killed at Montgomery Regional Airport in Alabama on December 31, 2022, after being sucked into an airplane’s engine. (Facebook/WAKA)

The Communication Workers of America Local 3645 said in early January that Edwards was one of its members.

“The loss of Courtney was a terrible tragedy and the fact that she is leaving three beautiful children to grow up without a mother is just disheartening for all of us,” the president, Donielle Prophete, told FOX Business on Wednesday.

“I’m thrilled that the GoFundMe account is being embraced by so many people, including other airline employees!” she added.

Richard Honeycutt, vice president of CWA District 3 and chair of CWA’s Passenger Service Airline Council, said in a statement that Edwards “was away from her family on New Year’s Eve to make sure passengers got where they needed to be for the holiday season.

“She represents the very best of our CWA airport members, who continually sacrifice to serve the flying public,” he added. “Her memory will live on in the hearts and minds of her fellow CWA members and those closest to her.”

An NTSB report this week said the plane involved in the incident “shook violently” and took off with a “pop” when it happened.

The FAA said the incident occurred in the airport ramp near an American Airlines Embraer E170. (WAKA)

The preliminary report states that the aircraft had an inoperative auxiliary power unit and that upon arrival from Dallas, the captain signaled for it to be connected to the ground, choosing to “run both engines for the required cool-down period of two minutes”.

As the captain shut down the aircraft’s right engine, he received a message that the forward cargo door of the aircraft had been opened and “the first officer opened his cockpit window to inform the ramp agent that the engines were still operating,” the report said.

The NTSB found that the captain then told passengers to remain seated until the seatbelt sign went out and told his colleague that the plane’s left engine would shut off after it was connected to ground power.

“Immediately afterwards he saw a warning light illuminate and the aircraft shake violently followed by the immediate automatic shutdown of the No. 1 [left] engine,” the report said.

All inbound and outbound flights were initially grounded at Montgomery Regional Airport in Alabama, but operations resumed about seven hours after the incident. (WAKA)

Citing surveillance video, the NTSB said Edwards was seen “along the leading edge of the left wing and directly in front of the number one engine” before she was “then pulled off her feet and into the working engine.”

The report said that just before the plane’s arrival, ramp officers held two safety briefings “to reiterate that the engines would continue to run until ground power was connected.”

One of the disaster agents reported hearing a “pop” when the engine stalled, the NTSB also said.

Fed meeting: How high will interest rates go and what else to expect at this week’s meeting. 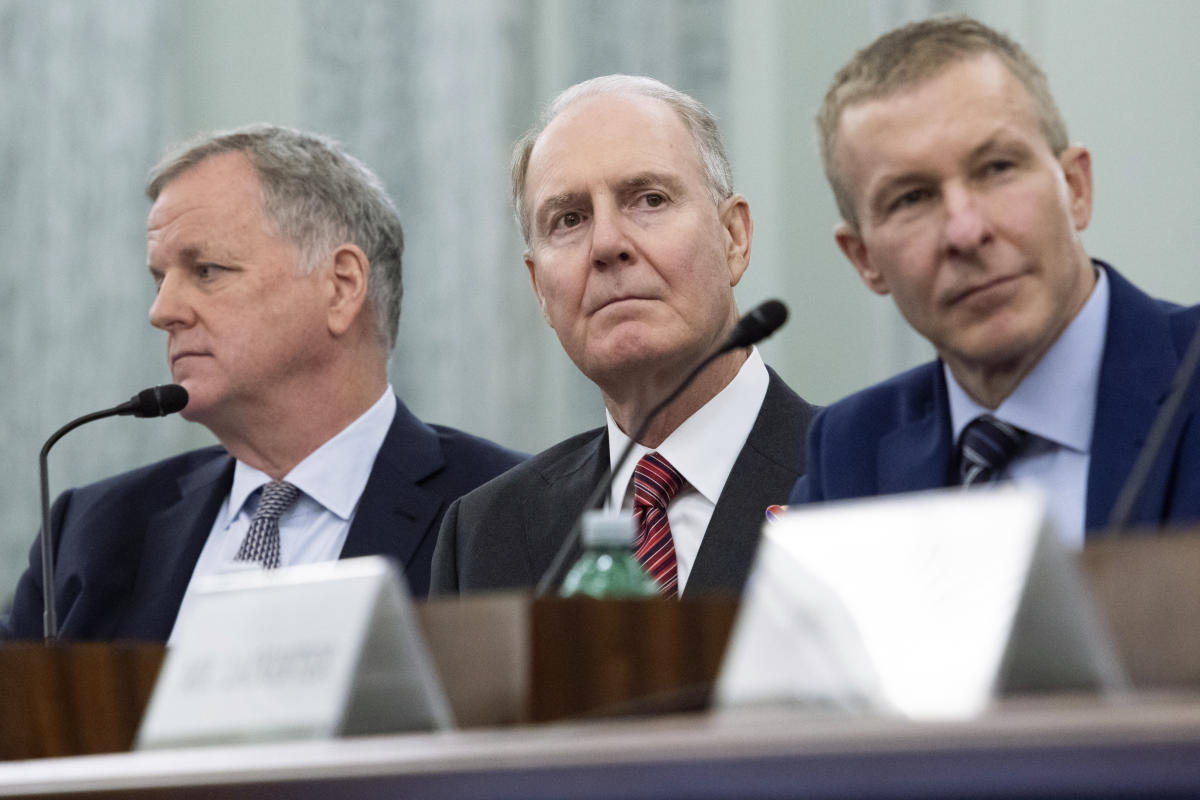 The CEO of United Airlines warns travelers of more disruptions ahead