Controversial influencer Andrew Tate, imprisoned in Romania on charges of sex trafficking and rape, on Wednesday quashed the criminal case prosecutors were building against him, claiming their file against him was “empty”.

“They know we didn’t do anything wrong,” Tate told reporters as he was escorted by law enforcement officers from a police van to the offices of DIICOT, Romania’s Organized Crime and Terrorism Investigation Directorate.

This file is completely empty. Of course it is unjust, unfortunately there is no justice in Romania,” he continued.

When asked if he has hurt women, the self-proclaimed misogynist replied, “Of course not.”

Prosecutors conducted forensics on digital devices on Wednesday, hoping to obtain more evidence in the case.

Tate, 36, and his brother Tristan, 34, along with two Romanian women, were arrested in Bucharest on December 29 on charges of rape and forming a criminal gang that exploited women to create pornographic material.

A judge ruled last week that the brothers will remain in court for another month, until February 27.

Romanian prosecutors say the Tate brothers recruited victims through seduction, often pretending to want a relationship or marriage with their victims before taking them to properties on the outskirts of Bucharest.

There, victims would be intimidated and confronted with physical violence while being forced to produce pornographic content for popular social media sites.

No formal charges have been filed, so neither brother has entered a plea. They unsuccessfully appealed their detention earlier this month.

The former kickboxer moved his now-closed sex cam operation to Romania in 2017 while under investigation for a rape in the UK in 2015. He previously said that he moved to Romania because he liked living in countries where corruption was open to everyone.

The UK rape case, which he vehemently denied, was dropped without charge in 2019.

After their arrest in December, police raids turned up piles of cash, designer watches and even weapons, including rifles, an ax and swords from the Tate brothers’ properties. A few weeks later, the Romanian authorities confiscated their fleet of luxury cars.

“There is no evidence against me,” Tristian Tate told reporters on Wednesday. “The authorities are planning to steal my cars and my money. That’s why I’m in jail.”

Authorities have said the seizure was to prevent the assets from being sold or hidden. 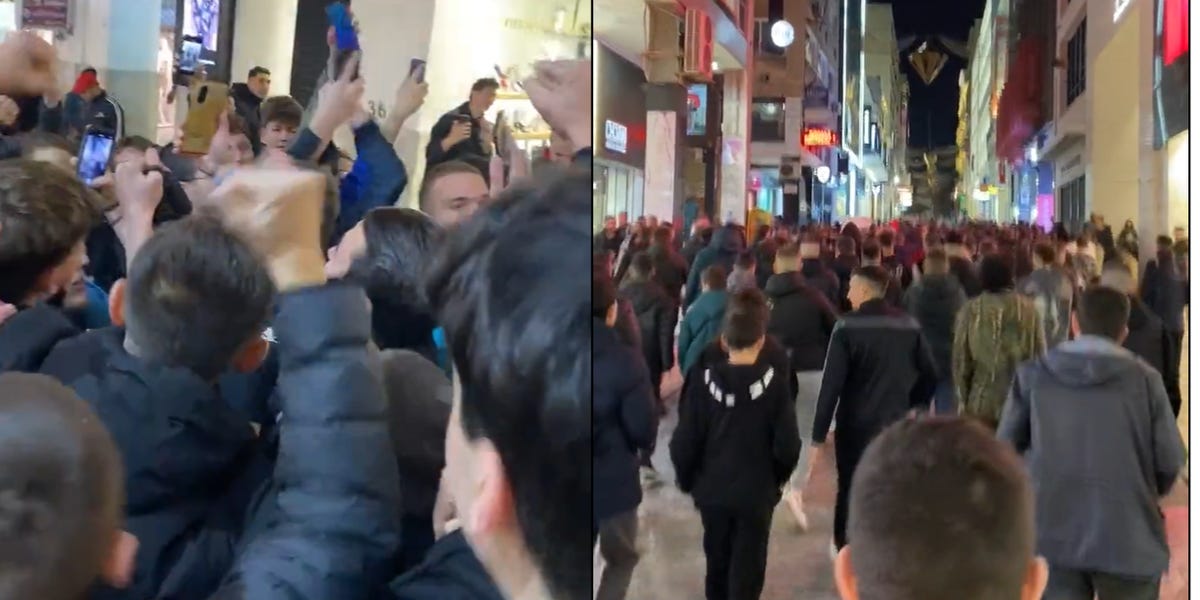