NEW DELHI/COLOMBO, Jan. 24 (Reuters) – The Export-Import Bank of China has offered Sri Lanka a two-year moratorium on its debt, saying it would support the country’s efforts to secure a $2.9 billion loan of the International Monetary Fund. according to a letter reviewed by Reuters.

Regional rivals China and India are the largest bilateral lenders to Sri Lanka, a country of 22 million facing its worst economic crisis in seven decades.

India wrote to the IMF earlier this month saying it would commit to supporting Sri Lanka with financing and debt relief, but the island nation also needs China’s support to reach a final deal with the global lender.

China’s Jan. 19 letter sent to the Ministry of Finance may not be enough for Sri Lanka to immediately get IMF approval for the crucial loan, Sri Lankan sources said.

According to the letter, China EximBank said it would “give an extension of debt service due in 2022 and 2023 as an immediate emergency measure,” based on Sri Lanka’s request.

“You are not required to repay the principal and interest of the bank’s loans during the above period,” the letter said, adding that China EximBank wanted to expedite the negotiation process with your side on the treatment of medium and long-term debt in this period.

According to calculations by the China Africa Research Initiative, Sri Lanka owed a total of $7.4 billion to Chinese lenders by the end of 2022, or nearly a fifth of the external government debt.

“The bank will support Sri Lanka in your application for the IMF Extended Fund Facility (EFF) to alleviate liquidity pressures,” China’s letter added.

An IMF spokeswoman confirmed that IMF management has received India’s commitment but has not commented on the Chinese letter.

Sri Lanka’s foreign and finance ministries and China’s foreign ministry did not respond to questions from Reuters.

A Sri Lankan source, who requested not to be identified due to the sensitivity of the confidential talks, said the country had hoped for clear assurances from Beijing along the lines of what India has provided to the IMF.

“China was expected to do more,” said the source, “this is far less than what is required and expected of them.”

In a letter addressed directly to the IMF, India said last week that financing or debt relief from the Export-Import Bank of India would be consistent with restoring debt sustainability under the IMF-backed programme.

Another government source with direct knowledge of the talks told Reuters that Sri Lanka would likely share China’s letter with the IMF and seek their views on its contents to gauge whether stronger guarantees are needed.

A comparison of the letters showed that India’s was “comprehensive” in acknowledging IMF debt restructuring parameters for middle-income countries like Sri Lanka, another person with knowledge of the debt discussions added. Meanwhile, China’s letter only points out that rebuilding foreign exchange reserves is critical for Sri Lanka, without referring to ratios for debt and borrowing needs, the person said.

“The fact that China’s letter could be acceptable to the IMF will be closely watched by all private creditors,” the person said on condition of anonymity.

It is unclear what debt relief big lenders like China – the world’s largest bilateral lender – and India are willing to do in the future.

Western countries such as the United States and multilateral lenders have been pressuring Beijing to provide debt relief to distressed emerging economies, and have criticized Beijing for slow progress.

However, news out of Zambia on Monday suggests that China could play a more proactive role. Speaking in the capital Lusaka, the head of the International Monetary Fund, Kristalina Georgieva, said the lender had reached an agreement in principle with China on a debt restructuring strategy.

Missing Mexican journalists appear chained hand and foot in video, “paying the consequences” for their reporting 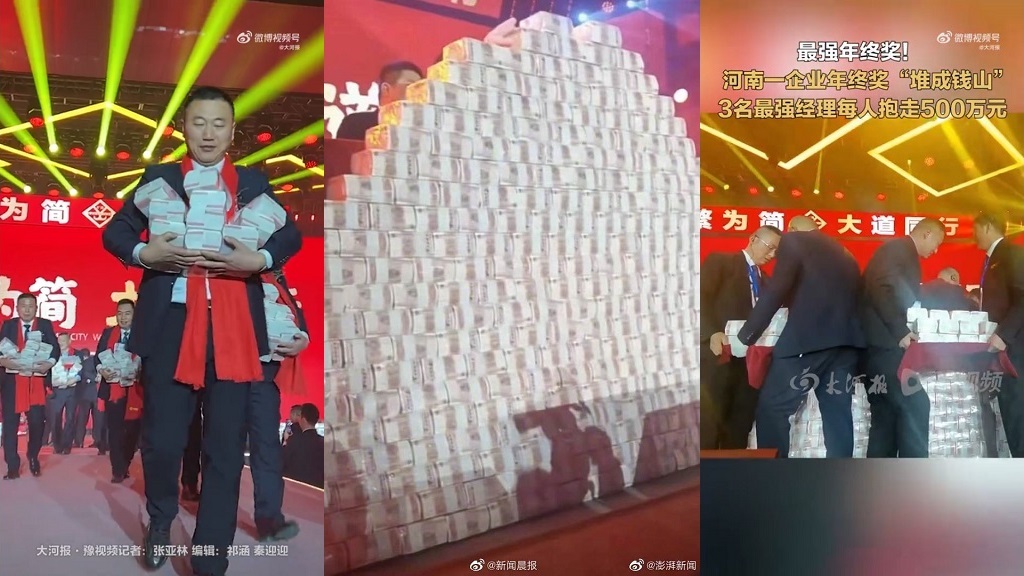