There is rarely a dull day when it comes to Everton lately, but even in that context Tuesday was exceptional.

As the club searched for its newest manager, star players were linked with an exit, while deals for new recruits were hijacked. Then, just as supporters were trying to catch their breath, the evening saw a national newspaper report that the club was for sale.

A story in The Guardian claimed that Farhad Moshiri is willing to sell Everton for £500 million ($620 million) and has instructed Deloitte’s sports arm to handle the process.

Some 20 minutes later, the club released an interview with Moshiri speaking to Fan Advisory Board (FAB) chairman Jazz Bal, recorded ahead of Saturday’s 2-0 defeat to West Ham United, in which he insisted he did not want to sell.

It comes as Everton are engulfed in civil war, with the board of directors being told to stay away from the last home game and embroiled in a relegation battle.

Everton fans protest against the sign during the game against Southampton (Photo: Alex Livesey/Getty Images)

“The club is not for sale, but I have spoken to top investors, real quality, to bridge a gap in stadium financing,” Moshiri said. “I can do it myself (finance the new stadium), but the reason I want to do it is to bring top sport investors to Everton – for some of the reasons the fans want: improvement, more talent.

“I am committed to this club, not only to the stadium, but to join the elite. We are almost done with a deal. We are very close to financing the stadium and I hope to announce that soon It’s not a sale of the club at all.”

In short, it seemed as clear as mud.

So let’s try to figure out what’s really going on.

In public, Moshiri has always insisted that Everton are not officially for sale.

Since taking ownership in 2016, Everton have spent nearly £700 million on transfers and are now looking for their eighth permanent manager in that time.

He has said on several occasions that his main priority is to secure funding for the club’s new stadium project at Bramley-Moore Dock, which is expected to be ready for the start of the 2024-25 season.

Moshiri has so far funded the construction costs, but is looking to make the additional investment needed to complete the project.

A former major investor, Alisher Usmanov, was sanctioned for his close ties to Vladimir Putin after the Russian invasion of Ukraine.

Yet it is also true that the situation has sometimes been more nuanced.

It was revealed in June that Moshiri was in talks last year with American consortium KAM Sports, led by Minneapolis-based real estate developer Maciek Kaminski, with a view to securing stadium financing, but those talks developed into a full-fledged takeover proposal. The group is believed to have valued Everton at around £500 million.

KAM Sports secured exclusivity over further takeover talks, which showed that Moshiri was at least open to the prospect of a full sale. But that period passed without a deal.

Talks continued for some time, initially with a view to reviving the deal, but by November confidence to reach an agreement had completely evaporated on all sides. Moshiri himself lost confidence in the group’s ability to complete a takeover and talks ended abruptly. There is little prospect of resuscitating a deal. Last month, KAM Sports completed the acquisition of the Greek top club Panetolikos.

The athletec about Everton’s manager and ownership situation…

While his initial willingness to listen to offers suggested that the road to a full takeover was not completely closed, Moshiri has since remained consistent in his stance. His priority was to secure investment and find someone to help get the project started. The sale of a minority stake was certainly not off the table.

The developments of the past few days, or at least the way they have been reported, mark a continuation of this process.

Deloitte has long been linked to Everton on multiple fronts but declined to comment when contacted The athletic. The group’s sports business has undergone a change of focus and leadership over the past year, with more emphasis on investments and acquisitions in football.

Sources, who declined to be named when relaying private conversations, close to Moshiri and other parts of the club, reiterated his desire for outside investment and pointed to his latest interview with the FAB as proof.

Everton are having a terrible season on the pitch and are looking for another new manager (Picture: Peter Byrne/PA Images via Getty Images)

Talking about a serious, formal process, however, indicates positive steps are being taken behind the scenes.

Moshiri certainly wants equity investment to continue the impressive progress in the construction of the club’s new stadium. On that front, it looks like he’s getting closer to getting what he needs.

The British-Iranian billionaire summed up his assignment in Tuesday’s video interview. “It just brings more expertise in global sponsorship and commercial development,” he said. “Many specialist sports investors have this knowledge and it is intended to secure it for Everton.”

The frontrunner is a group that already has interests in other football clubs, and a significant interest in another sport. If the deal goes through, the group wants a representative with a seat on Everton’s board.

Executives from the group traveled to Liverpool earlier in January to be shown around key clubs by Everton officials, and talks about acquiring a minority stake have continued since then.

The group is by far the most advanced suitor, but there are others circling.

A consortium based in the North West of England has contacted Moshiri to express interest in a smaller investment and another US-based group of high net worth individuals, including Everton supporters, are also considering a bid.

It appears that a period of change is upon us and the international focus on the ailing Merseyside club is not likely to abate anytime soon.

Moshiri spoke of it being an “existential” time in the club’s history. If he’s right, the stakes don’t get much higher than that.

By providing new investments, perhaps even new expertise to the board, he hopes to take a timely step in the right direction. 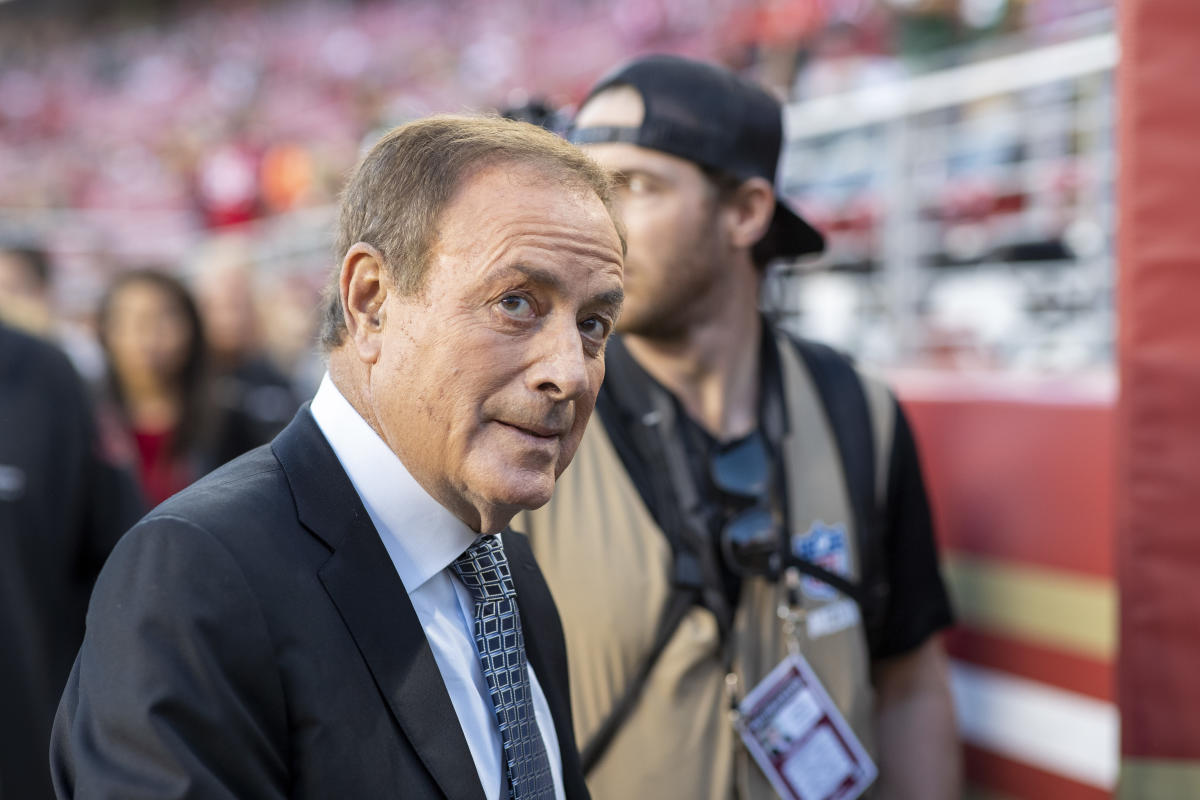 Like Aaron Rodgers a year ago, Lamar Jackson’s NFL future comes down to fixing one thing