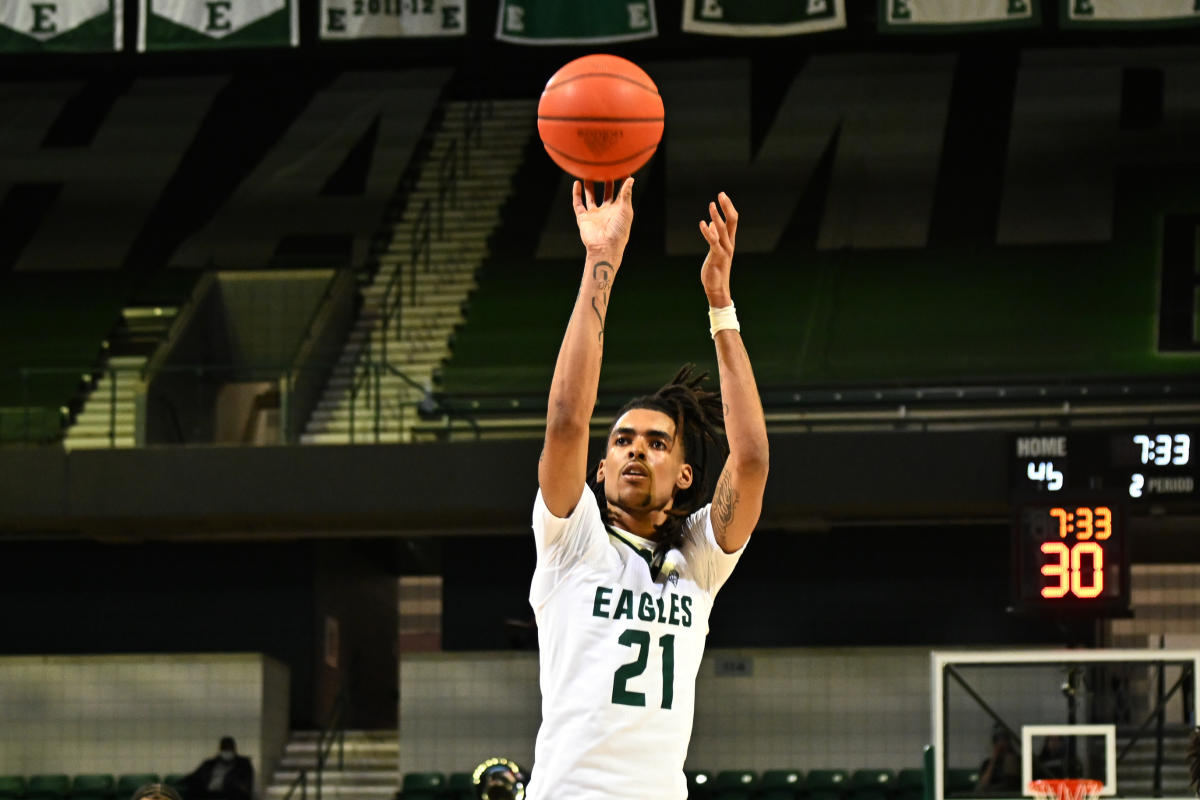 Emoni Bates was once the biggest name in amateur basketball. Since then, little has gone to plan, but that doesn’t mean he can’t play like a future superstar at times.

Bates, now fit for Eastern Michigan, showed his potential on Tuesday by posting 29 consecutive points for the Eagles in a conference game against Toledo. While going supernova, he made seven 3-pointers and scored a pair of dunks:

Few MAC games get attention from the NBA, but at least one notable figure was impressed by Bates’ performance: Los Angeles Lakers star LeBron James, who has praised Bates since his high school days.

James isn’t the only NBA star to have taken notice of Bates, as he’s also caught the eye of Kevin Durant since moving over from Memphis. Bates was compared to both players during the peak of his high school career.

Emoni Bates tries to find a new way into the NBA

Bates made history in 2020 when he became the first sophomore to be named Gatorade National Player of the Year, an award previously received by the likes of Jayson Tatum, Karl-Anthony Towns, Bradley Beal and, yes, James, who won twice.

For a while, it looked like Bates could lead a new generation of prep-to-pro players, but instead he reclassified and ended up with Penny Hardaway’s Memphis program as part of a historically good recruiting class.

Bates’ career as a Tiger wasn’t exactly great. At age 17, he was the youngest player in college basketball and struggled to keep up with his peers. In an injury-limited freshman year, he averaged 9.7 points per game while shooting about 38.6% from the field. It was a bad year for Memphis overall, but the Tigers notably went 10-2 in games without Bates and 12-9 with him.

That season ended with Bates entering the transfer portal and heading to Eastern Michigan, located in his hometown of Ypsilanti, Michigan. That tenure began brutally when he was arrested in September on gun charges, but he eventually apologized and pleaded guilty to a felony.

On the field, Bates looked more like a top recruit for the Eagles. He came in on Tuesday averaging 19.3 points and 5.6 rebounds while shooting 34.4% from deep. Granted, those numbers are against worse competition and for a team that entered the game 4-15, but Tuesday showed there’s still some star left in a player who was once considered a lock to NBA success.

Why are Alabama fans so happy that Bill O’Brien is leaving for Patriots?