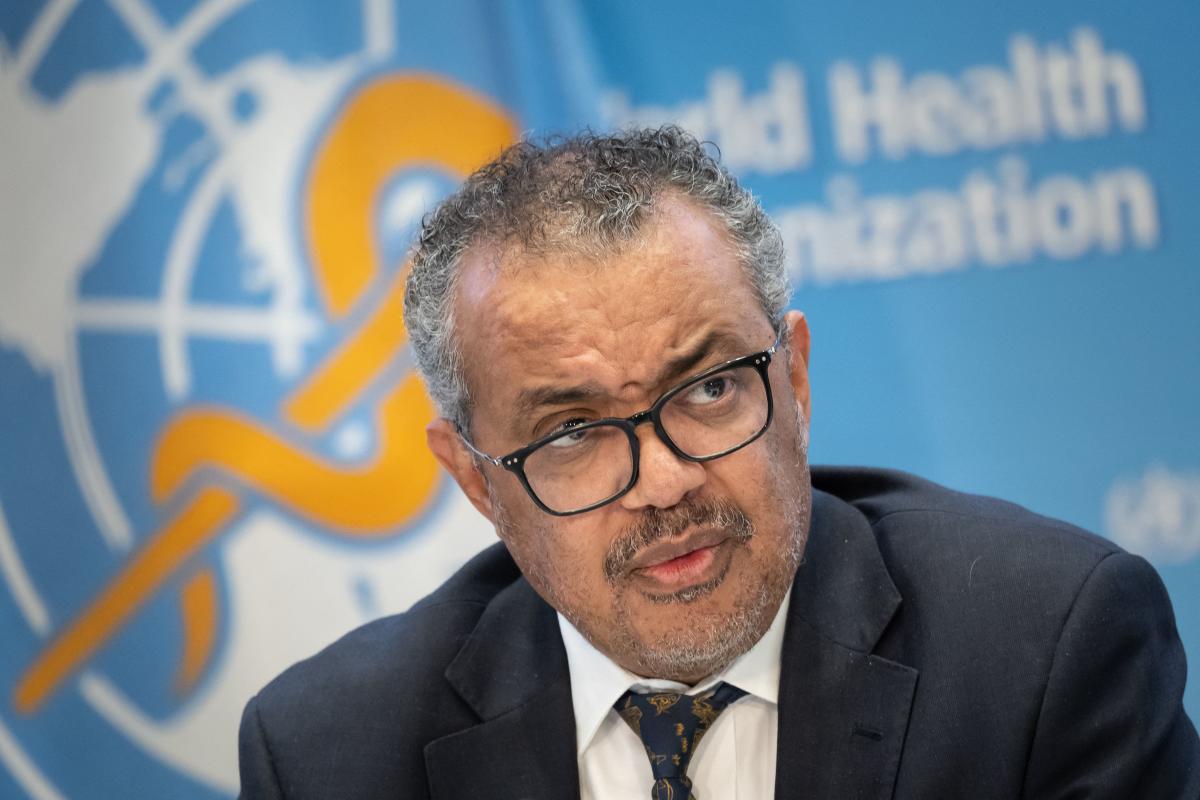 The head of the World Health Organization is “deeply concerned” about the rising number of global COVID deaths, he said Tuesday — just days before the committee meets to end or extend the global public health emergency.

The number of global COVID deaths has increased since December, Director-General Tedros Adhanom Ghebreyesus said at a news conference, adding that 170,000 people have died in the past eight weeks due to the virus.

“Those are just reported deaths,” he said. “The actual number of deaths is much higher.”

The emergency committee of the global public health organization will meet on Friday to vote on whether to end the organization’s COVID emergency status after three years. Ghebreyesus said he “would not pre-empt” the commission, but remains “deeply concerned about the situation in many countries and the rising number of deaths”.

“While we are clearly in better shape than three years ago when the pandemic hit, the global collective response is once again under pressure,” said Ghebreyesus, who will make the final decision following recommendations from the committee.

Factors causing tension include under-vaccination, under-stimulation and access to anti-viral drugs, in addition to the fragility of a healthcare system addressing other threats such as influenza and RSV. Also contributing is a “deluge of pseudoscience and misinformation,” he added.

In mid-December, Ghebreyesus had said he was hopeful that the global public health emergency would end in 2023. At that time, the global number of weekly deaths was 10,000, a fifth of what they were at Omicron’s January 2022 peak.

“That’s still 10,000 too many, and there’s still a lot that countries can do to save lives, but we’ve come a long way,” he said at the time.

Reported COVID deaths stand at 53,000 from mid-December to mid-January — a 20% increase from the same period a month ago, the WHO said in a statement. 19 Jan. epidemiological update. The total does not include the nearly 60,000 COVID deaths reported by China in a similar period as WHO awaits additional details on this, the report said. Globally reported deaths for the pandemic total 6.7 million.

The number of reported deaths has risen in the past month in the Americas and Europe, as well as in the Western Pacific and Eastern Mediterranean regions. Over the same period, reported deaths fell by 76% in Africa and by 56% in Southeast Asia, according to the report.

The definition of an international emergency

Once a potential emergency has been reported to WHO by a member state, the organization convenes an emergency committee of international experts to make a recommendation to the Director-General of WHO whether it constitutes a PHEIC.

However, the final decision rests with the Director General. In July, Ghebreyesus declared an international public health emergency for mpox — the new name for monkeypox recommended by the organization last fall to reduce stigma — when the commission twice failed to reach a consensus because criteria in international health regulations forced him to do so.

Emergency committees also provide advice on whether to end PHEICs, which must be reviewed every three months. There are currently WHO global public health emergencies for COVID, polio and mpox. Emergency committees have been called an additional seven times in the past for diseases such as Ebola (three times), H1N1 and MERS. They can also be used for chemical agents and radioactive substances, as well as bacterial diseases.

The purpose of declaring a PHEIC is to facilitate international coordination in the field of diagnostics, treatments and/or vaccines. But critics say such statements could place economic burdens on affected countries, especially if they lead to travel and trade restrictions.

This story was originally on Fortune.com

More from Fortune:
Olympic legend Usain Bolt lost $12 million in savings due to scam. There’s only $12,000 left in his account
The real sin of Meghan Markle that the British public can’t forgive — and Americans can’t understand
“It just doesn’t work.” The best restaurant in the world is closing because the owner calls the modern fine dining model ‘unsustainable’
Bob Iger simply put his foot down and told Disney employees to come back to the office