Not only does NASA’s newest space telescope extend astronomers’ view deeper into the universe, it also reaches colder temperatures than scientists have before.

The James Webb Space Telescope (JWST or Webb), the most powerful space observatory yet, has looked deep into a dense molecular cloud and found a rich variety of pristine interstellar ice, including a range of molecules critical to life. Spotted at freezing temperatures of minus 440 degrees Fahrenheit (minus 263 degrees Celsius), these finds are the coldest ices ever recorded.

“We simply couldn’t have observed this ice without Webb,” Klaus Pontoppidan, an astronomer at the Space Telescope Science Institute and an author of a new study describing the work, said in a statement. pronunciation.

Webb studied a neighborhood scientists call Chameleon I. Located in the southern constellation Chameleon, about 500 light-years away from Soilit is one of the closest star-forming regions, with dozens of pockets full of young stars. The region belongs to a family of what astronomers long thought were holes in the sky: dark molecular clouds so dense with gas and dust that visible light from background stars cannot penetrate.

Clouds like Chameleon I are stellar nurseries; their collapse over time forms stars and possibly rocky planetary systems. However, the chemical composition of these systems and any building blocks of life they may contain is determined by the ice embedded deep within the molecular cloud.

Now, thanks to Webb’s powerful instruments, including the deep-penetrating near-infrared camera (NIRCam), astronomers have probed the dusty heart of Chameleon I and discovered ices in their early stages of evolution — just before the cloud’s core collapses to form protostars. form.

The team used light from two background stars, NIR38 and J110621, to illuminate Chameleon I in infrared wavelengths. The cloud’s various molecules trapped in ice absorb starlight in different infrared wavelengths. Astronomers then studied the chemical fingerprints that showed up as dips in the resulting spectral data. This data helped the team identify how many of which molecules are present in Chameleon I.

The team saw an expected assortment of key life-sustaining substances: water, carbon dioxide, carbon monoxide, methane and ammonia. The observations also revealed signs of carbonyl sulfide ice, allowing the first measurements of how much sulfur — yet another element that is necessary for life on Earth — is present in the molecular clouds. The researchers also discovered the simplest complex organic molecule, methanol, which is thought to be a unambiguous indicator of complex, early chemical processes that take place in the early stages of star and planet formation.

“This is the first time that researchers have been able to study the composition of so-called pre-stellar ice near the center of a molecular cloud,” Melissa McClure, an astronomer at Leiden Observatory in the Netherlands and the study’s lead author, said in a statement. second pronunciation.

The fact that the team detected methanol suggests that the stars and planets that would eventually form in this cloud “will inherit molecules in a fairly advanced chemical state,” Will Rocha, another astronomer at Leiden Observatory, said in a statement. pronunciation. “This could mean that the presence of prebiotic molecules in planetary systems is a general consequence of star formation, rather than a unique feature of our own solar system.”

In addition, methanol can be combined with other simpler ice creams to form amino acids, the building blocks of proteins. These compounds may include glycine – one of the simplest amino acids. In 2016, Europe’s Rosetta spacecraft detected glycine in the dust around it Comet 67P/Churyumov-Gerasimenko.

Why dust grains and ice are important to build habitable exoplanets

Molecular clouds like Chameleon I start out as diffuse regions of dust and gas. Ice containing important molecules necessary for life, including the latest discoveries by astronomers, forms on the surfaces of dust particles.

As the clouds build up into clumps of gas and continue toward star formation, these ices enlarge as they settle on top of the dust grains. Many of the chemical reactions required to form complex molecules necessary for life accelerate when they take place on a solid surface such as a grain of dust rather than in gaseous form. In this way, dust particles become crucial catalysts for simple organic elements to evolve into complex molecules that can eventually form the building blocks of life.

Furthermore, when stars begin to form and temperatures rise, the volatile nature of this ice allows them to zap back into gases, ending up in the hot cores of stars and eventually planetary atmospheres. Spotting this pristine ice in Chameleon I allows astronomers to trace the connections’ journey, from dwelling on dust grains to embedding in the cores and atmospheres of future stars and exoplanets.

With Webb’s data, astronomers already know that a number of elements discovered in Chameleon I are much less abundant than scientists expected, given the density of the cloud. For example, the researchers detected only 1% of the predicted sulfur, 19% of the predicted oxygen and carbon, and only 13% of the predicted total nitrogen. The best explanation, researchers note in the study, is that these elements may be trapped in other ice not visible in the wavelengths observed by the team.

In the coming months, the team plans to use Webb’s data to calculate the size of the dust grains and the shape of ice.

“These observations open a new window into the formation pathways for the simple and complex molecules needed to make the building blocks of life,” McClure said.

The research is described in a paper (opens in new tab) published Monday (Jan. 23) in the journal Nature Astronomy.

New questions about oxytocin as the ‘love hormone’ behind pair bonding 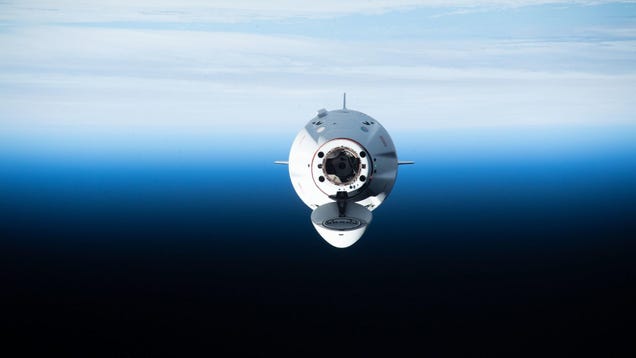 New study suggests dark matter may be made of dark photons