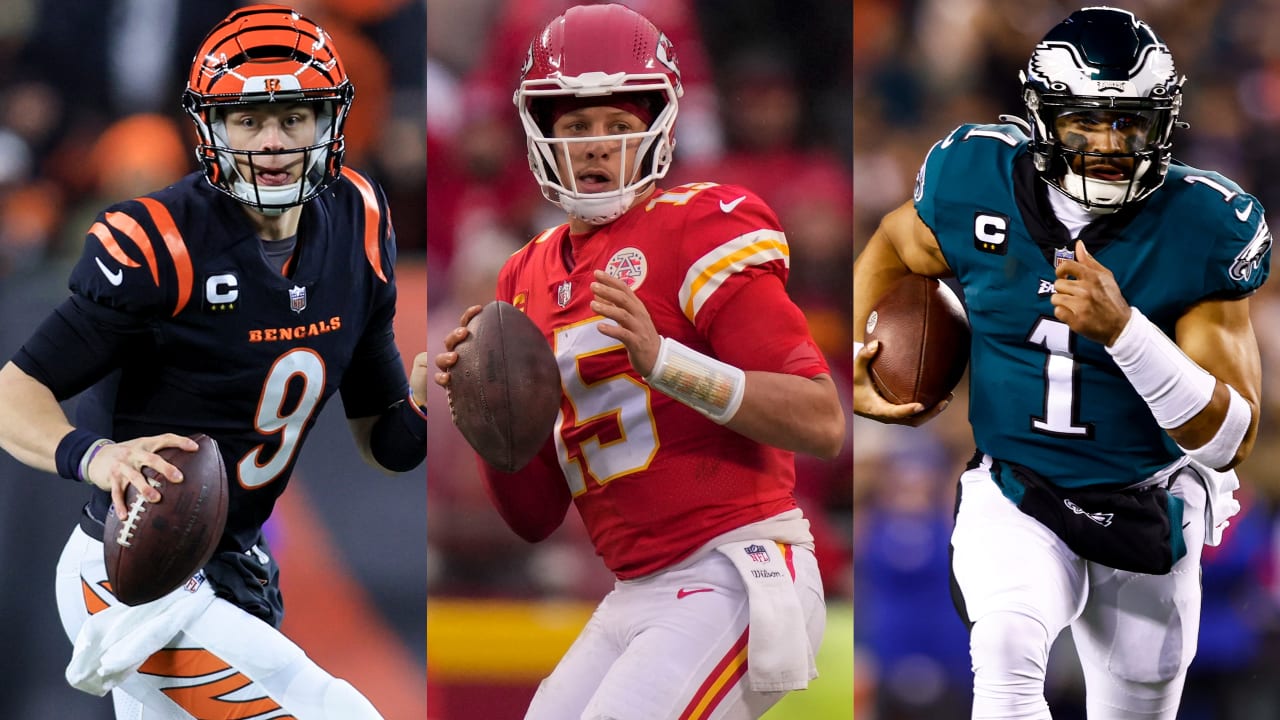 The finalists for the Associated Press 2022 NFL Most Valuable Player award were announced Wednesday, and three of those players will play in a conference championship this Sunday.

Two of the finalists, Bills quarterback Josh Allen and Vikings wide receiver Justin Jefferson, have already exited the postseason, but Chiefs quarterback Patrick Mahomes, Bengals quarterback Joe Burrow and Eagles quarterback Jalen Hurts will all play this weekend with a chance to win. earning their team a spot in Super Bowl LVII.

The AFC Championship Game will feature MVP candidates on both sides, with Mahomes and Burrow facing off on Sunday night

Mahomes is in contention to win the second MVP award of his career, having previously been selected for the honor for the 2018 season. This year, Mahomes finished with 5,250 passing yards and 358 rushing yards, both career highs, leading the league in passing yards and passing touchdowns (41) and was second in quarterback rating (105.2).

Burrow’s Bengals had a rocky start to the season, but now enter the AFC Championship Game after not losing a game since Halloween and with their best regular season record with Burrow under center. Burrow finished the year in the top five in passing yards (4,475), touchdowns (35), and completion percentage (68.3), with the latter two finishing second in the NFL.

“He deserves whatever comes his way. He’s one of the best players in the league, and those are usually the kind of guys who should be in that conversation,” Cincinnati head coach Zac Taylor said of his shortlisted QB represents the price. “I’ve said it a million times, we’re lucky to have him.”

On the NFC side of the playoff bracket, Hurts said Wednesday that he was “short of words” when he learned he had been named a finalist.

Hurts was 14–1 as a starter for the Eagles this season, amassing a career-high 3,701 passing yards, 22 passing TDs, and 13 rushing TDs, despite missing two games late in the season with a sprained shoulder.

“His body of work speaks for itself. He’s had a phenomenal year,” said Eagles head coach Nick Sirianni on Wednesday.

The first assignment for these three players is Championship Sunday, with a chance to appear in the Super Bowl. Only after that will come the NFL Honors ceremony on February 9, where one of the five finalists will take home one of the highest honors in the sport.